Still in Lappo we started checking what could possibly be our next destination. And since that was a summer of getting to know the Turku archipelago better and discover new places, we picked one we knew nothing about: Seglinge. 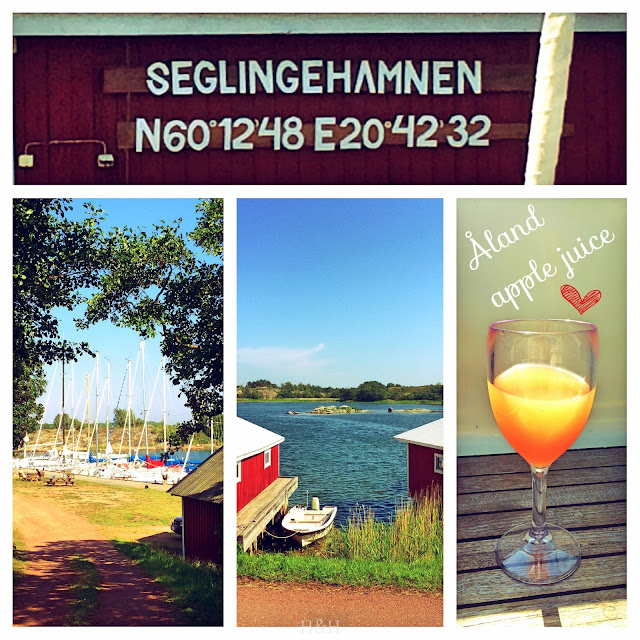 Sailing was great, weather was perfect, it was a very enjoyable leg of about 30 nautical miles. On the way I was really impressed by the little open sailing boat, that had no cabins or interior at all, and came to the archipelago all the way from Denmark... I wish I was that brave! :) 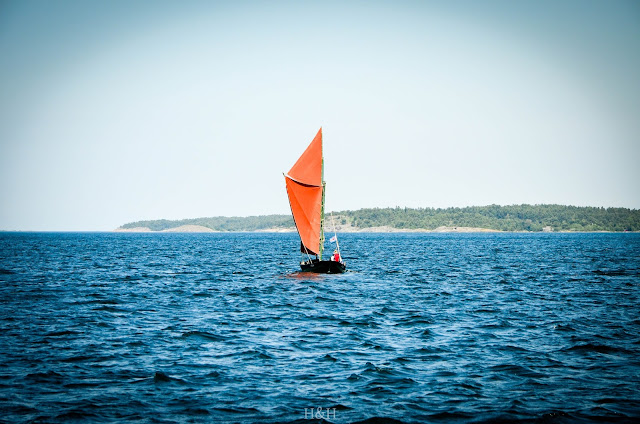 When approaching our destination I took someone's private summer cottage for harbour and was wandering why the pier is so small and where are the other boats :D 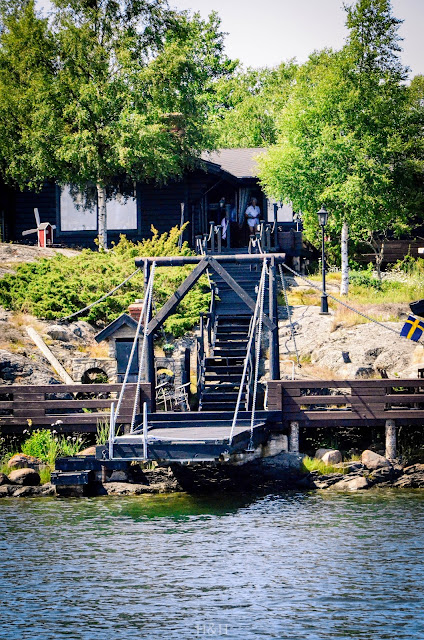 At first glimps the place did not seem anything special to me. But the best was yet to come! It became one of the best places we saw last year. After paying the harbour fee and talking to the harbour keepers we went to the shop to fill up our grocery storage. 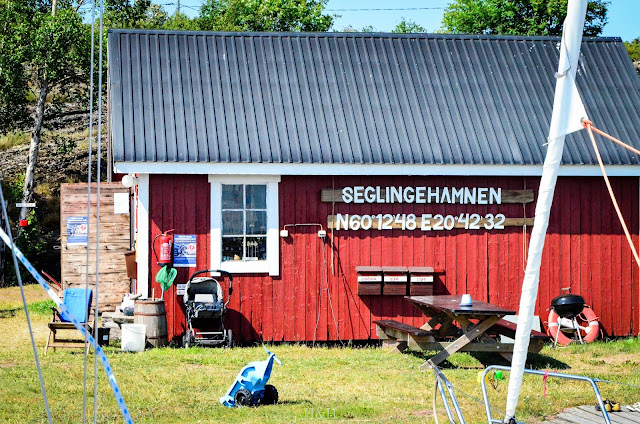 Again Seglinge was one of those places where carrying two bikes on board for the whole summer vacation pays off :) Grocery visit was done much faster by biking there and after that we were ready for the island discovery. 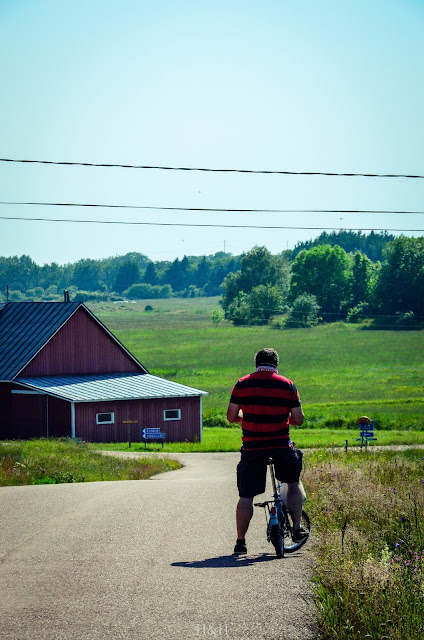 We were told by the harbour keepers about the old windmill, inner lake and swimming area. So off we went! Must confess though that we never reached the lake. We were already very close, but the path to see it lies through a very green and moist area, so the amount of biting mosquitos made the walk unbearable and at the very last moment both of us lost patience and rushed back to the bigger road where the bicycles were left, leaving clouds of attacking vampires behind. 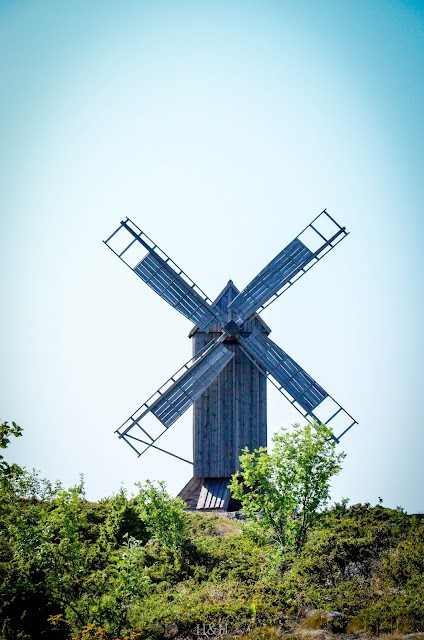 So there is still a part of this place for us to discover next time, lets put it this way :) The views on the island were really great! You could see the harbour from the main road, sea was glittering in the sun... summer was at its best. 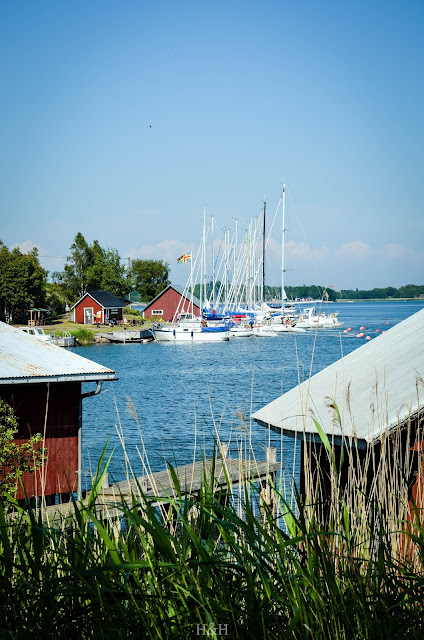 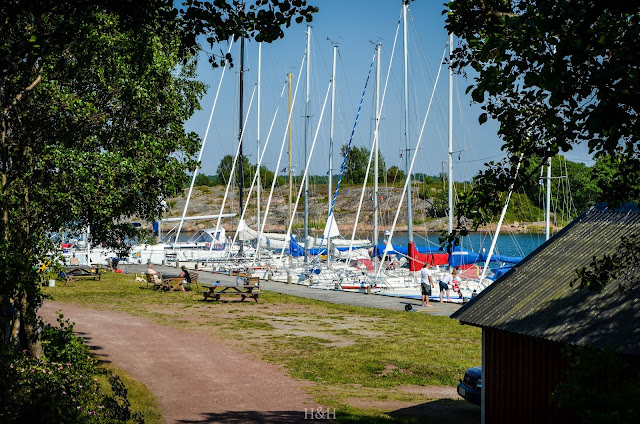 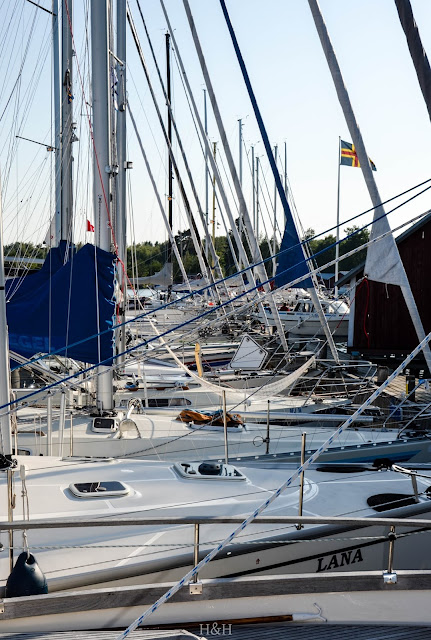 By the time we were back to the harbour, there were no more places left. And also it was time for the local market to begin! Local inhabitants had a great idea of keeping the market on Mondays, so we were at the right place at the right time, without even knowing aobut it :) 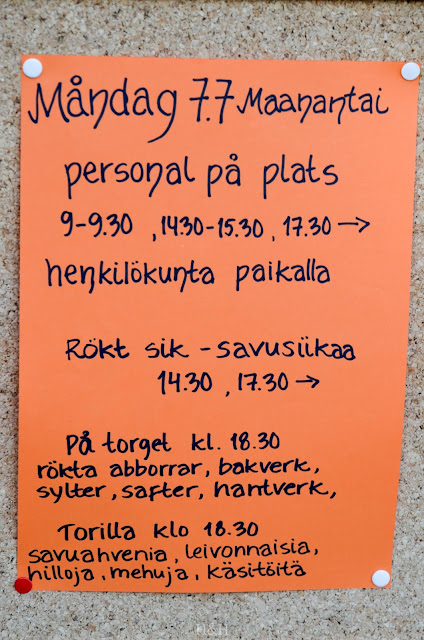 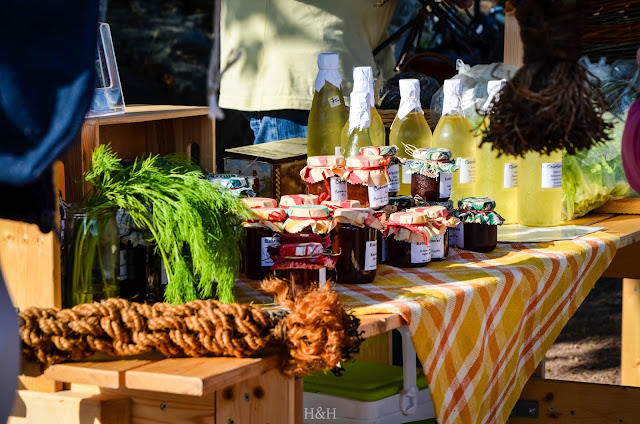 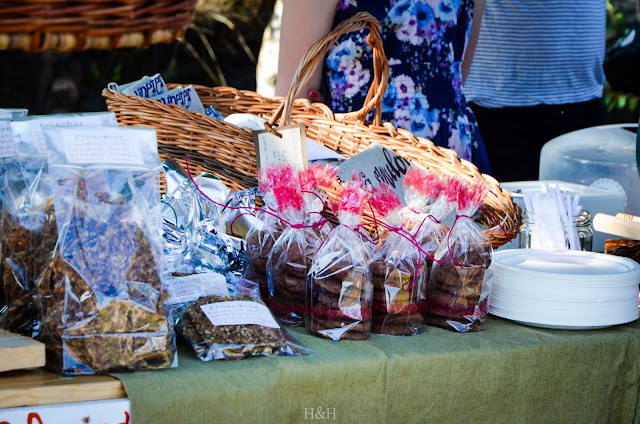 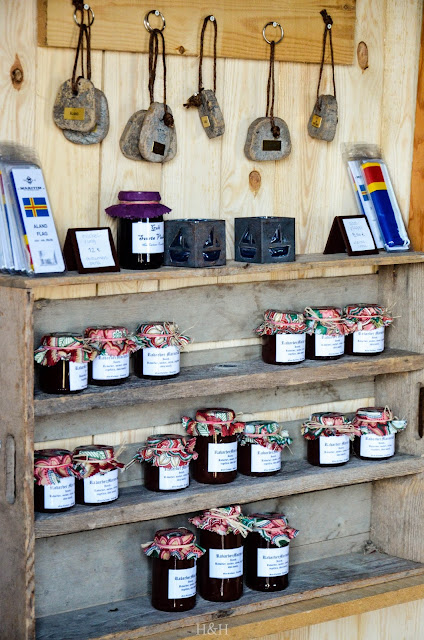 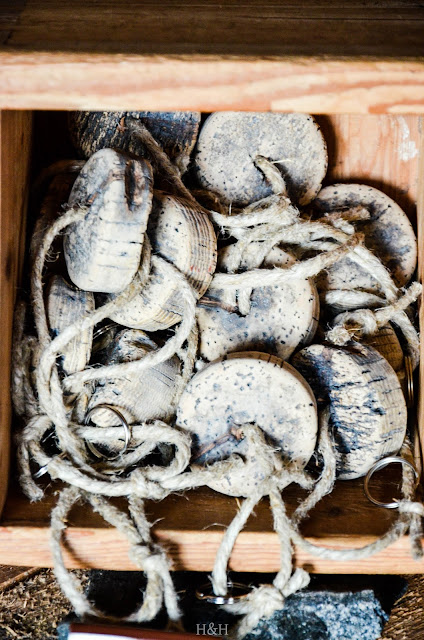 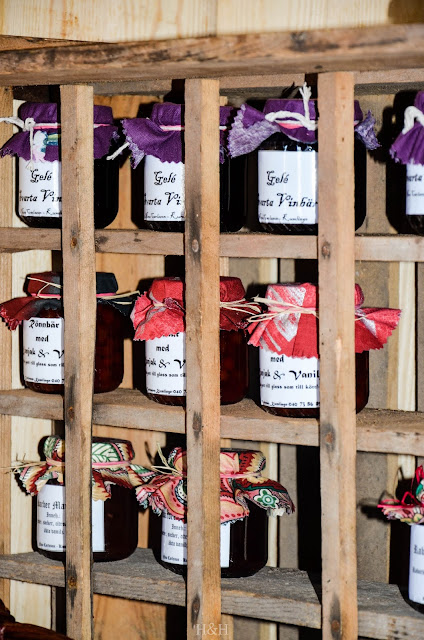 This, by the way, was the only place where we got to eat smocked perch. It was delicios and was sold out in no time! By the time I had a round for taking pictures that was all what was left! 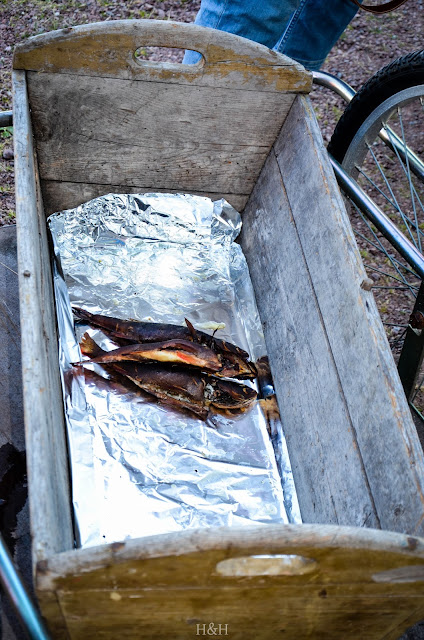 This young seller attracted us for two reasons: the first one was the real fresh pancake from Åland. I have heard of them earlier, but never got to to try one! It was high time :) Home made apple jam gave a delicios touch to it :) And the second reason to shop at this desk was to support the dreams of this young lady: with the earned money she was hoping to buy either a rabbit or a new mobile phone :) 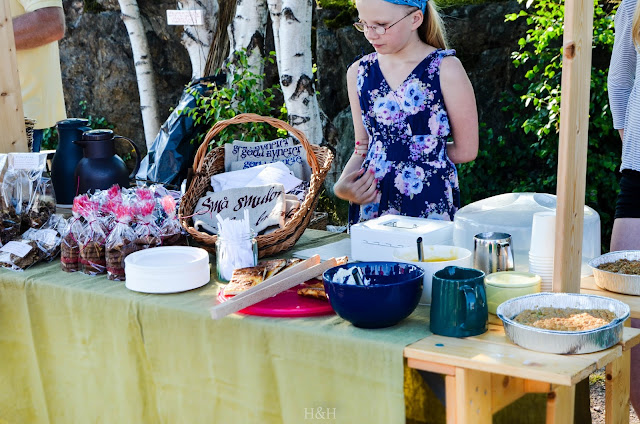 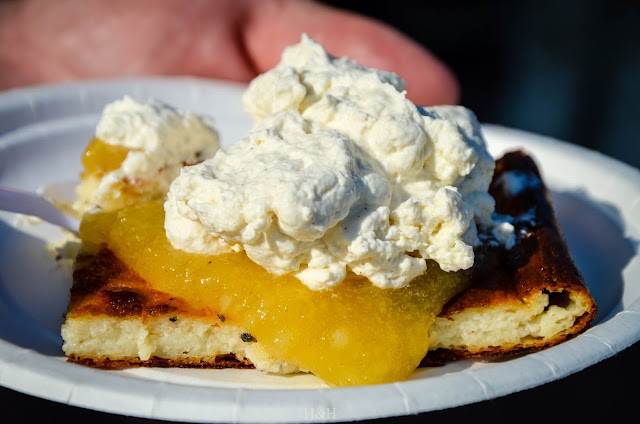 I think we should go visiting there again, maybe we will get to meet the rabbit ;) 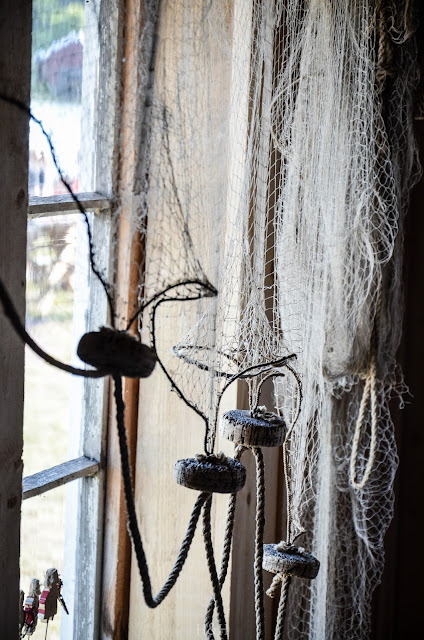 H and H
Life is... definitely good! And very unpredictable. So I ended up in Finland 4,5 years ago, originating from Belarus and with some background of living in Italy. To my surprise learned sailing, learned Finnish language (both to some extent), found a few friends, though still have some challenges to understand the local mentality :) Why am I blogging? Its nice to keep track of what happened last year at this time, for example, or what was the weather like for last Midsummer :) And just to share some thoughts about sailing, interior design, good food, pictures and life in general and to meet new interesting people.